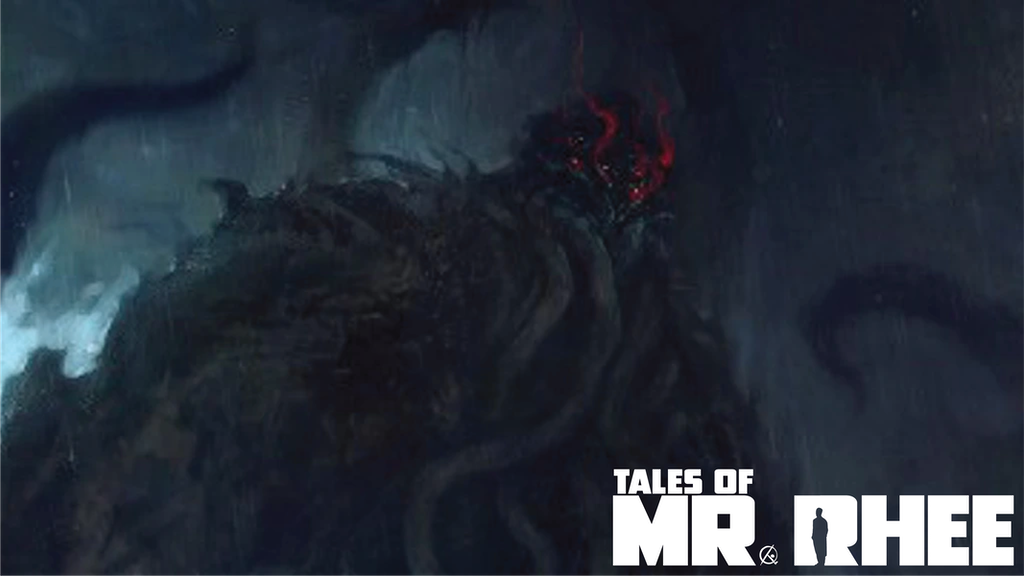 Back in 2016 I took a big leap of faith by launching the NIGHTMARE WORLD OMNIBUS, and that campaign absolutely blew-up by hitting $13,000 in 13 days. This campaign has just passed that mark in under 13 HOURS... and I'm still blown away. Thank you for your support. Thank you for making this possible. Thank you for everything.

Before posting update I got several suggestions for some additional Add-On options, including:

Given how quickly the "Now I'm Famous" (get drawn into the book) option sold-out, I've added an "I'm Famous Too" pledge level that will allow also allow you to be drawn in to the book as well as get everything at the "Gimme Everything" level. It will be very difficult for me to add a third round of this Pledge Level, so if you want to be drawn-in, adjust your pledge accordingly sooner than later and use the "Add-On" option to add-on anything else you want accordingly.

Now that we're funded... the Stretch Goal Party begins! This is where is gets fun, friends!

The Round One Stretch Goals get you stickers, a double-signed book plate, and an original art remark by TALES OF MR. RHEE Volume 5 illustrator Austin McKinley!

The best and fastest way to start unlocking Stretch Goals is to share the link to the campaign telling people why they will be interested in backing it. Should you choose to share, please use this link:

Thanks all! I most sincerely appreciate your support of this campaign so very much and look forward to being in touch again soon to celebrate unlocking Stretch Goals together!

P.S. -- I'll be at Baltimore Comic Con at the Source Point Press booth this Friday and Saturday, and then in Artist Alley at Cherry Capital Comic Con in Traverse City for Halloween Weekend Friday through Sunday! If you'll be at either show, be sure to come by and say "Hello" at least, yeah?

Earlier today we unlocked the FIFTH Stretch Goal on this campaign! This means every eligible pledge now includes, for free:

The first story is "Friends in Low Places," written by me and illustrated by Senk Chhour, the superstar artist of the Sherlock Holmes-inspired NIGHTMARE WORLD story "While You Sleep, I Destroy Your World," a story that remains to this day what I consider quite possibly the BEST story I ever wrote for the whole series. After not getting a chance to work with him for years -- only to then reconnect and find out he was also a fan of TALES OF MR. RHEE, well, here's a small taste of the end result:

We're already closing in on the next Stretch Goal, which will unlock the second *KS Exclusive* bonus story, and then the final Round Two Stretch Goal will see both stories collected and upgraded into a free bonus physical comic, so please keep sharing this link with your horror-minded friends:

It's helping us all, friends... and the more people who pledge for books, the more we ALL get in return, as my whole goal is to keep paying it forward to all of you throughout this campaign.

And speaking of paying it forward...

HAVE YOU JOINED THE CULT OF DRACULA?

Real talk, friends... if you're looking for one more horror comic -- and from Source Point Press, no less -- to support, I give my highest recommendation, endorsement, and support to CULT OF DRACULA  by Rich Davis.

Rich is a good dude, and with about two days left in his first Kickstarter campaign ever he's almost funded! I spoke to him Rich earlier today and asked him why he thinks RHEE readers (I will resist the obvious play on words... this time) and this is what he said:

"I  was very heavily inspired by reading H.P. Lovecraft growing up. I think  that comes across in CULT OF DRACULA. It's impossible to not be  influenced by his work really. The characters in CULT OF DRACULA would  fit right in with the people of Night Vale!"

As mentioned above, this is Rich's first campaign, and he's right at the finish line as the campaign is in its final hours. If you want to support some more great horror comics and get a great horror graphic novel in the process, go HERE and pledge while there's still time!

Here's a sneak peek at the interior art, too:

I cannot stress enough what a popular book this has been for Source Point Press, and how happy you'll be to have this Kickstarter Exclusive Edition of the book in your library.

"LIFE ON THE ROAD" CONTINUES...

Thanks again, all! I'm off to Cherry Capital Comic Con in Traverse City, Michigan this weekend as part of this "10 Shows in 13 Weeks" tour that will be carrying me through to the end of the year. I'll be joined at this show my amazing guests (and friends) including Tony Schiavone of ALL ELITE WRESTLING, TALES OF MR. RHEE Volume 5 editor Drena Jo,TALES OF MR. RHEE Volumes 1-4 editor (and now multi-time published writer) Leah Lederman, and more friends and collaborators.

If you can make it to the show, c'mon out and join us!

Thanks all! I hope to see you -- and be in touch about the next Stretch Goal being unlocked -- soon!

Keep spreading the world about this campaign using the link www.TalesOfMr.Rhee.com, and be sure to show CULT OF DRACULA some love, too!

I'm currently in a hotel room in prepping for Baltimore Comic Con tomorrow, but I'm absolutely delighted and excited to announce that we've unlocked the THIRD Stretch Goal as we close out the third day of the campaign!

This means that your Kickstarter Exclusive bookplate is now going to be DOUBLE-SIGNED by both me and illustrator Austin McKinley, who not only illustrated all of TALES OF MR. RHEE Volume 5, but also contributed art to RHEEv1 and RHEEv3 as well! DOUBLE SIGNATURES! How cool is that!

I know I've been seemingly saying this every day, but it's truly your enthusiasm -- and sharing -- that's making this possible, friends. If you know of others who may enjoy this Cthulhu Noir series we're offering, please tell them about the book and share this link with them so we can all unlock more Stretch Goals together:

Thanks again, everyone! I cannot tell you enough how much this means to me, to all of us on Team RHEE, and our whole team. Truly... THANK YOU!

Keep spreading the word and I'll be in touch soon... and if you'll be at Baltimore Comic Con this weekend come say "Hell-o!" at the Source Point Press booth!

P.S. -- On Halloween weekend I'll be at Cherry Capital Comic Con in Traverse City, Michigan along with pro wrestling announcer Tony Schiavone among others, and I have a few more  conventions lined-up through December that can all be seen at www.DirkManning.com on my new calendar/schedule!

Two Stretch Goals in one day?!?

Just a little over an hour ago we blew past Stretch Goal #2, which you can now see in this new and improved graphic that's now on the front page of the campaign as well! Check it out:

Even as I type this we're already closing in on Stretch Goal #3, which will make the *Kickstarter Exclusive Bookplate* double-signed by both me and RHEEv5 illustrator Austin McKinley!

The best way to continue to unlock Stretch Goals is to let your friends know about the campaign. Have a Cthulhu fan in your life? Someone who loves horror? A fan of noir storytelling, perhaps? If so, encourage them to check out the campaign using this link:

Thanks again, everyone! I'll soon be off to Baltimore Comic Con as a guest of Source Point Press Friday and Saturday before the Ringo Awards ceremony Saturday night (last year's Kickstarter release BURIED BUT NOT DEAD has been nominated as "Best Original Graphic Novel of 2021", something I still can't believe I'm typing right now...), but if we unlock the next Stretch Goal when I'm there, rest assured I'll be in touch!

Thanks again, friends... for EVERYTHING! I'll be in touch soon, I hope!